Neko Café in Paris
Image 21 of 28
Prev Next
Less

Paris, France - Oct 2013: Inspired by neko cafes in Japan, Margaux Gandelon has opened a cafe where the lovers of cats can have a drink in company of many cats. (photo Bruno Vigneron/Getty Images)
Inspired by neko cafes in Japan, Margaux Gandelon has launched a fundraising campaign in order to open a café and she has obtained €40,000.
It is the France’s very first cat cafe.
Today, "Le Cafe des Chats" is born in a space of 137 square meters in the heart of the Marais, in a cozy and intimate setting. Inside, you can enjoy time with cats while you taste a hot chocolate, an artisanal tea, a salad, a tart, a brunch or just a coffee.
The kitties are neutered, vaccinated and carefully tended to by staff and veterinarians.
Every cat is brushed daily and receives weekly checkups.
There are 12 cats on standby in order to help caffeine-lovers in relaxing after a long walk in Paris or after work.
It would seem that their purr is able to cure stress, insomnia or anxiety
The cafe of cats is not a novel concept. Often called "neko cafes", they are several in East Asian cities. They offer customers the option to play with cats while they sip their beverages.
The first such location popped up in Taiwan in the late 1990s. The idea quickly became popular in Japan, and Tokyo is now the home of dozens of pay-to-pet cafes.
Unlike the Japanese cat cafes, Margaux Gandelon's establishment would not allow customers to reserve a cat for an extended period of time
She is supported by the SPA and the prefecture but 30 Millions d'Amis and the Brigitte Bardot Foundation criticized the plan. Some of their activists said they didn’t want that animals should be reduced to “teddy bears.” 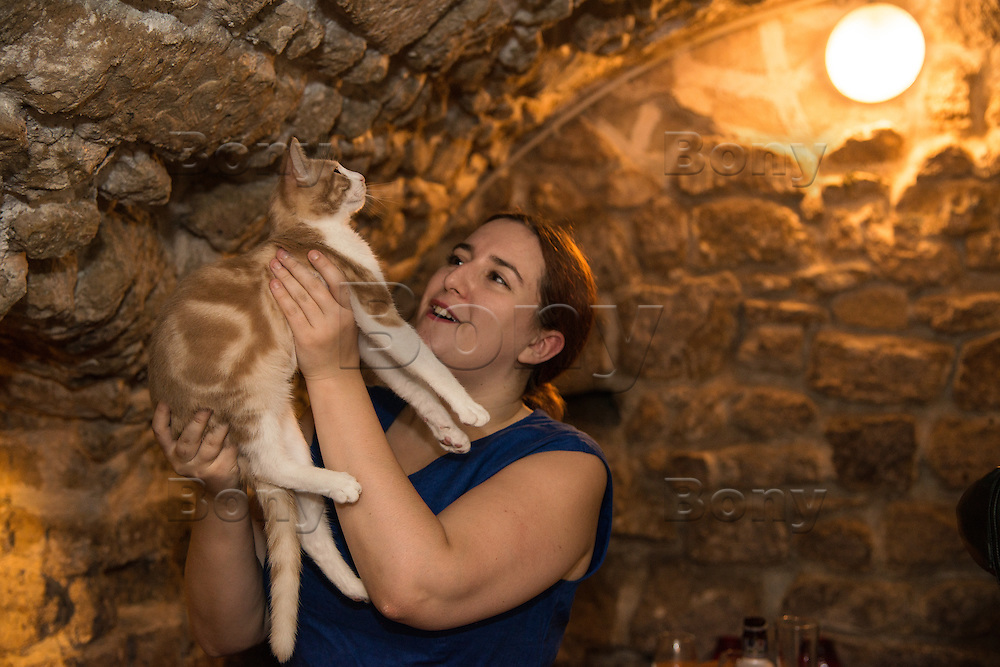