A "panthère de l’Amour" is born in Lyon

LYON, FRANCE - OCTOBER 15: Birth unprecedented in Zoo of Lyon: a "panthere de l'Amour" on October 15, 2013 in Lyon, France.
This baby panther was born at the zoo in Lyon on 21 August
It has no name yet, because the city of Lyon hosted a vote that people choose.
This is the 20th birth in the zoo since the beginning of the year.
This "panthère de l’Amour" is born by two young Siberian felines arrived at the zoo in Lyon there are less than 3 years.
A species in danger of extinction
The appearance of the animal creates a new line from the captive population of this species in danger of extinction today it no longer counts as 30-35 Panthers this type in nature.
(Photo by Bruno Vigneron/Getty Images) 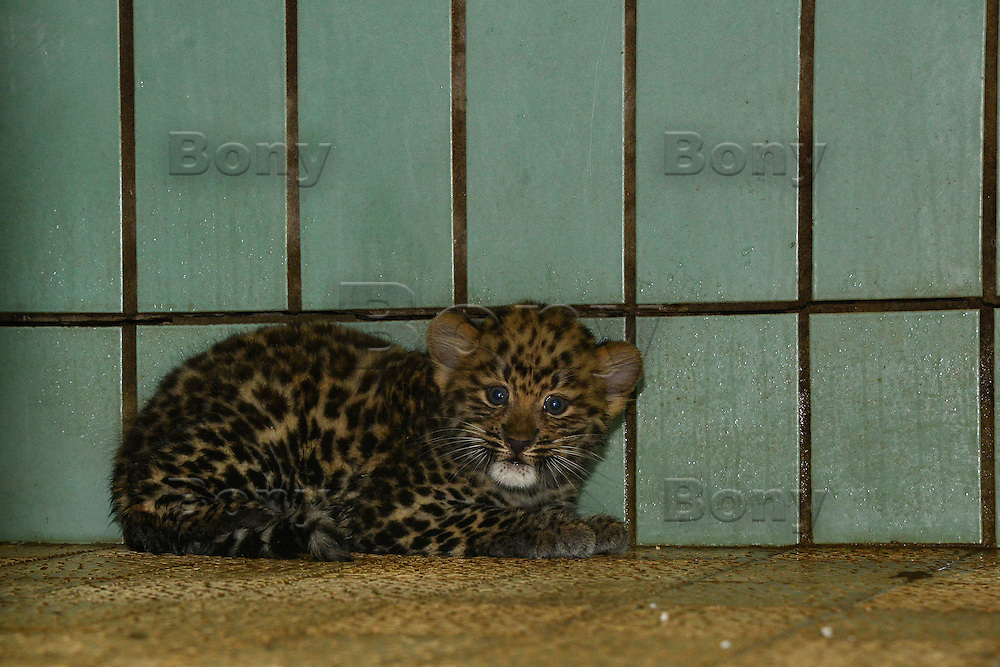