The EBRC Jaguar is the new French armored reconnaissance and combat vehicle presented during a test at Camp de Canjuers on February 09, 2022.
The purchase of this vehicle is part of the Scorpion program intended to modernize the army cavalry.
It is a new generation six-wheel drive armored reconnaissance vehicle intended to integrate into combat in urban or mountainous areas.
The Jaguar's T40 turret carries two MMP-type missiles in a retractable launcher, with two more munitions available in the hold.
It is equipped with a 40mm CTAS cannon and a 7.62mm machine gun. The turret can aim the gun up to a 45 degree angle to deal with high targets
The Jaguar benefits from state-of-the-art technology in terms of equipment. It is equipped with recent self-protection systems such as laser warning detectors, missile start detectors, firing start detectors and radio jammer.
It also protects against mines and improvised explosive devices.
Twenty vehicles have been delivered with the expectation of being combat-ready in 2023, and 300 vehicles are expected to be delivered by 2030. The Ministry of Defense has awarded its development to Nexter, Thales, and Arquus 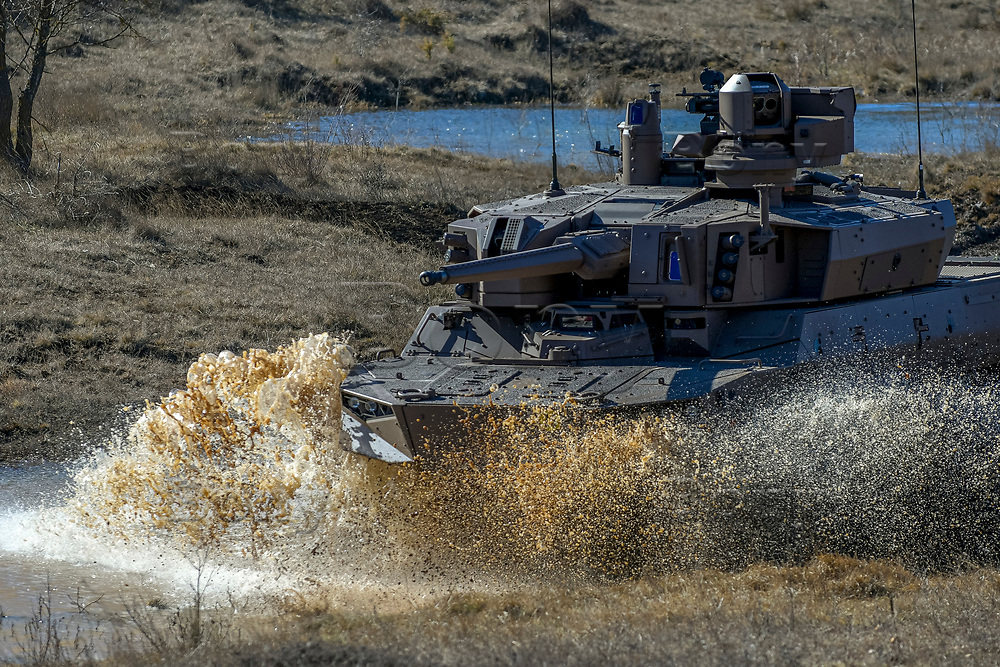