ROME, ITALY - JUNE 03: Illustration of Rome; Italy on June 03, 2012..Trajan's Column is a Roman triumphal column in Rome which commemorates Roman emperor Trajan's victory in the Dacian Wars. It is located in Trajan's Forum, built near the Quirinal Hill, north of the Roman Forum. Completed in AD 113, the freestanding column is most famous for its spiral bas relief, that artistically describes the epic wars between the Romans and Dacians (101-102 and 105-106). Its design has inspired numerous victory columns..The structure is about 35 metres (125 ft) including its large pedestal. The 190-metre (625 ft) frieze winds around the shaft 23 times. .The interior of Trajan's column is hollow: entered by a small doorway at one side of the base, a spiral stair gives access to the platform above, having offered the visitor in antiquity a view over the surrounding Trajan's forum. Trajan's column, and especially its helical stairway design, exerted a considerable influence on subsequent Roman architecture. 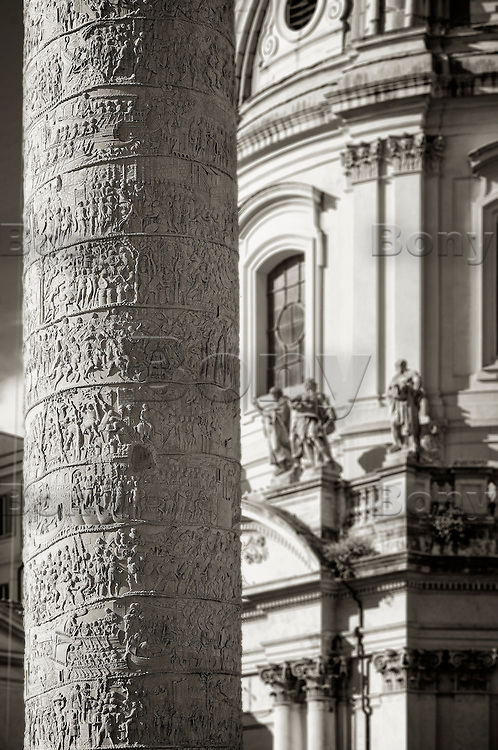