ROME, ITALY - JUNE 03: Illustration of Rome; Italy on June 03, 2012..Santa Maria in Aracoeli..The Basilica of St. Mary of the Altar of Heaven is a titular basilica in Rome, located on the highest summit of the Campidoglio. It is still the designated Church of the city council of Rome, which uses the ancient title of Senatus Populusque Romanus. The present Cardinal Priest of the Titulus Sancta Mariae de Aracoeli is Salvatore De Giorgi..A medieval legend claimed that the church was built over an Augustan Ara primogeniti Dei, in the place where the Tiburtine Sibyl prophesied to Augustus the coming of the Christ. A later legend substituted an apparition of the Virgin Mary. In the Middle Ages, condemned criminals were executed at the foot of the steps. 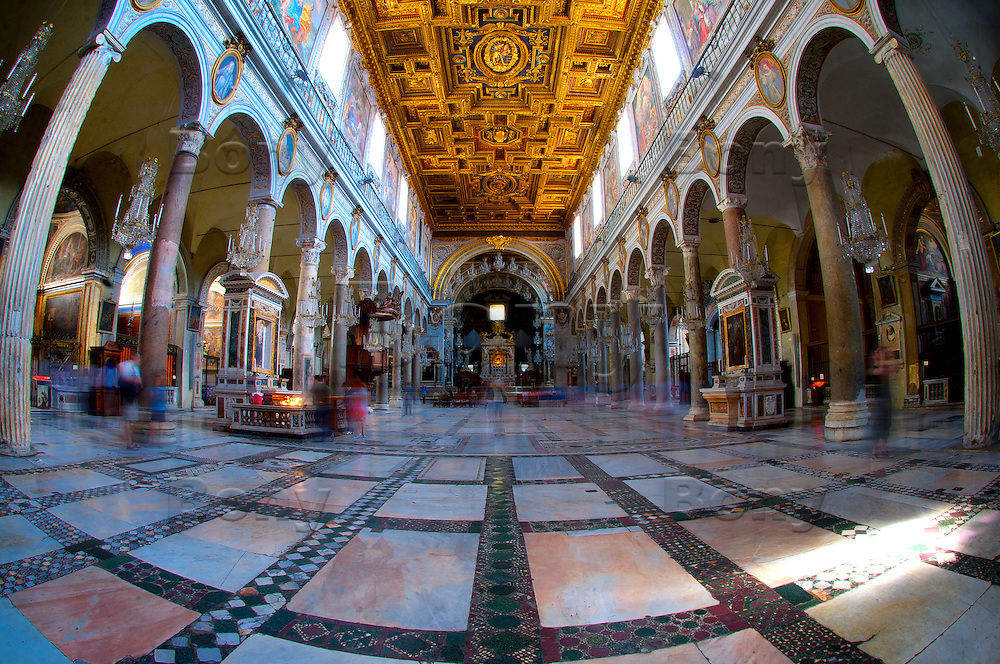