Isle-aux-Coudres
It is thought to have been formed by the impact of the meteor which formed the Charlevoix region.
The island was named by Jacques Cartier during his second expedition in 1535 for the many nut-bearing trees on the island. "Coudriers" is the archaic French word for Hazel tree. Whereas the modern French spelling for "island" is ile, the municipality uses the old French spelling of Isle.
Formerly, porpoise fishing was practised on a broad basis, supplemented by some boat construction. Today tourism is the main industry, and the place is known for its historical sites, tourist accommodations, and craftspeople.
Charlevoix is a cultural and natural region located in Quebec, on the north shore of the Saint Lawrence River as well as in the Laurentian Mountains area of the Canadian Shield. This dramatic landscape includes rolling terrain, fjords, headlands and bays; the region was designated a World Biosphere Reserve by UNESCO in 1989. 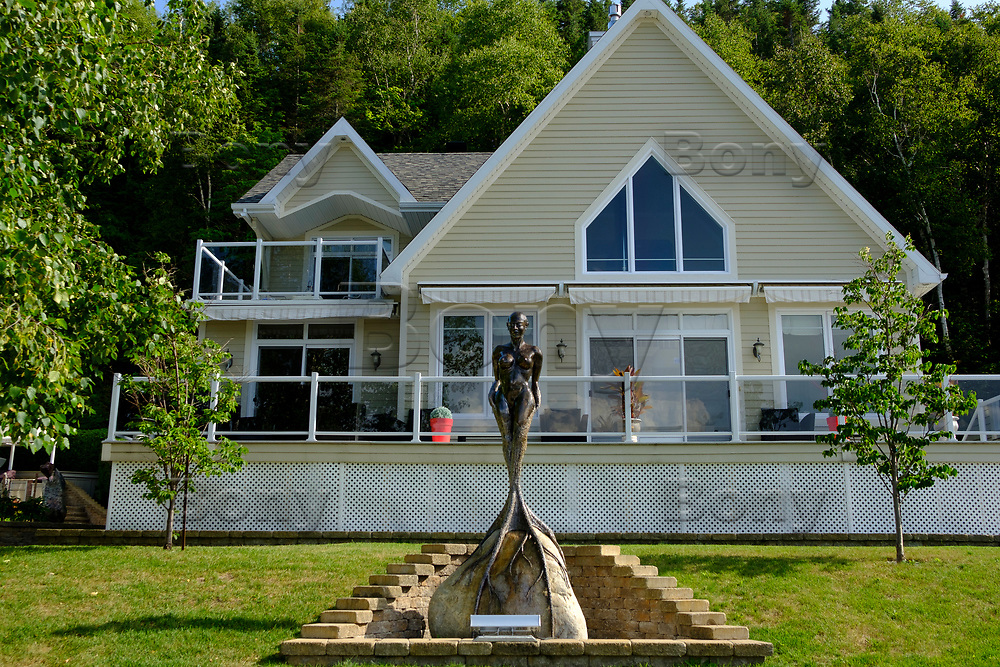