ROME, ITALY - JUNE 03: Illustration of Rome; Italy on June 03, 2012..The Pyramid of Cestius is an ancient pyramid in Rome, near the Porta San Paolo and the Protestant Cemetery. Due to its incorporation into the city's fortifications, it is today one of the best-preserved ancient buildings in Rome...The sharply pointed shape of the pyramid is strongly reminiscent of the pyramids of Nubia, in particular of the kingdom of Meroë, which had been attacked by Rome in 23 BC. .The similarity suggests that Cestius had possibly served in that campaign. His pyramid was not the only one in Rome; a larger one?the so-called "pyramid of Romulus"?of similar form but unknown origins stood between the Vatican and the Mausoleum of Hadrian but was demolished in the 16th century..During the construction of the Aurelian Walls between 271 and 275, the pyramid was incorporated into the walls to form a triangular bastion. .The origins of the pyramid were forgotten during the Middle Ages. The inhabitants of Rome came to believe that it was the tomb of Remus and that its counterpart near the Vatican was the tomb of Romulus. Its true provenance was clarified by Pope Alexander VII's excavations in the 1660s, which cleared the vegetation that had overgrown the pyramid, uncovered the inscriptions on its faces, tunnelled into the tomb's burial chamber and found the bases of two bronze statues that had stood alongside the pyramid. 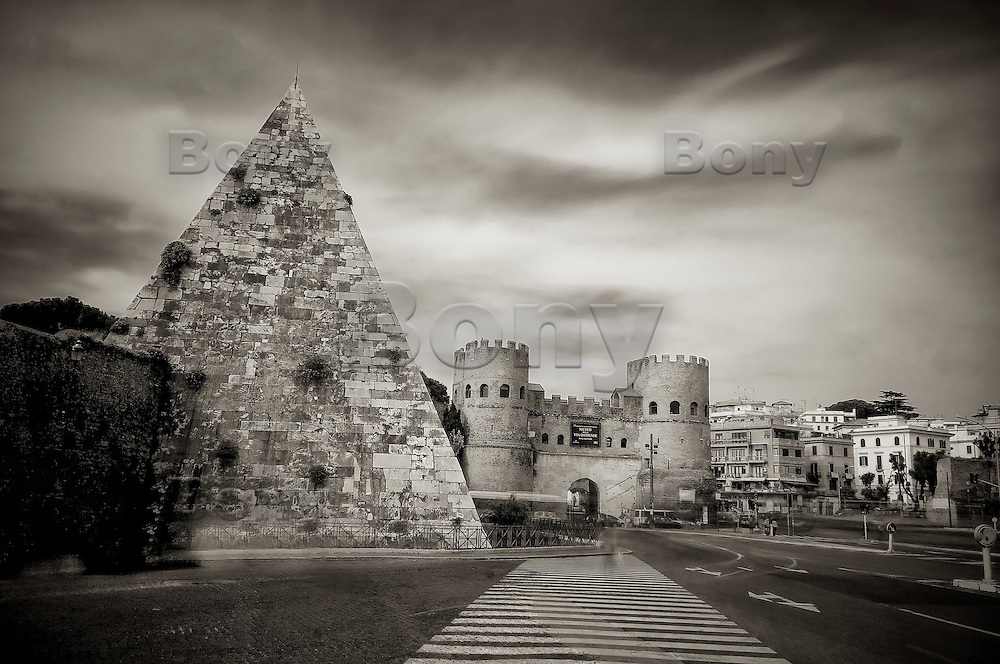