ROME, ITALY - JUNE 03: Illustration of Rome; Italy on June 03, 2012..Oldest Roman bridge in Rome.The Pons Fabricius (Ponte Fabricio, meaning "Fabricius' Bridge") or Ponte dei Quattro Capi, is the oldest Roman bridge in Rome, still existing in its original state. Built in 62 BC, it spans half of the Tiber River, from the Campus Martius on the east side to Tiber Island in the middle. Quattro Capi ("four heads") refers to the two marble pillars of the two-faced Janus herms on the parapet, which were moved here from the nearby Church of St. Gregory (Monte Savello) in the 14th century..It was built to replace an earlier wooden bridge destroyed by fire. Completely intact from Roman antiquity, it has been in continuous use ever since. 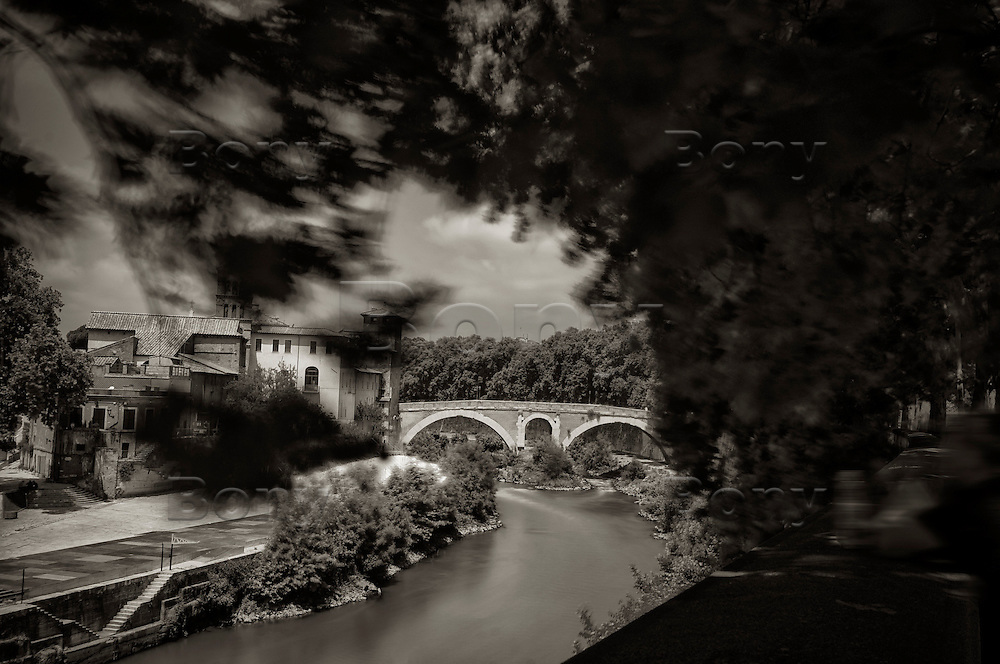