LYON, FRANCE - DECEMBER 07:Festival of Lights on December 7, 2013 in Lyon.
Parade of giant puppets inspired by the Mexican Alebrijes, chimeras of paper mache or carved wood
Spectacular light works by 120 designers will be on show over four days along will attract some three million visitors to the historic city.
In france, each year on December 8, The Festival of Lights expresses gratitude toward Virgin Mary
According to the people, the Festival of Lights celebrates Mary who stopped plague in 1643. The municipal councillors (échevins) had promised to pay tribute to Mary if she saved the town
Since this year, a solemn procession makes its way to the Basilica of Fourvière to candles light and gives offerings in the name of Mary.
This lyonnaise tradition dictates that everyone places candles outsides on all the windows to produce a spectacular effect throughout the streets. Each year, over 4 million tourists come to Lyon for this event.
This festival is probably one of the three biggest festive gatherings in the world in terms of attendance.
And through time, this act of faith in Lyon has been perpetuated by all families and in all religions.

It is a gesture of joy and gratitude.
Nothing obliges people of Lyon to put these small candles but many of them, away from home, in Paris, Rome, Hong Kong or New York, on December 8, will put in a glass a piece of candle on the edge of their windows, and will think "I'm from Lyon too."
Bruno Vigneron/Getty Images) 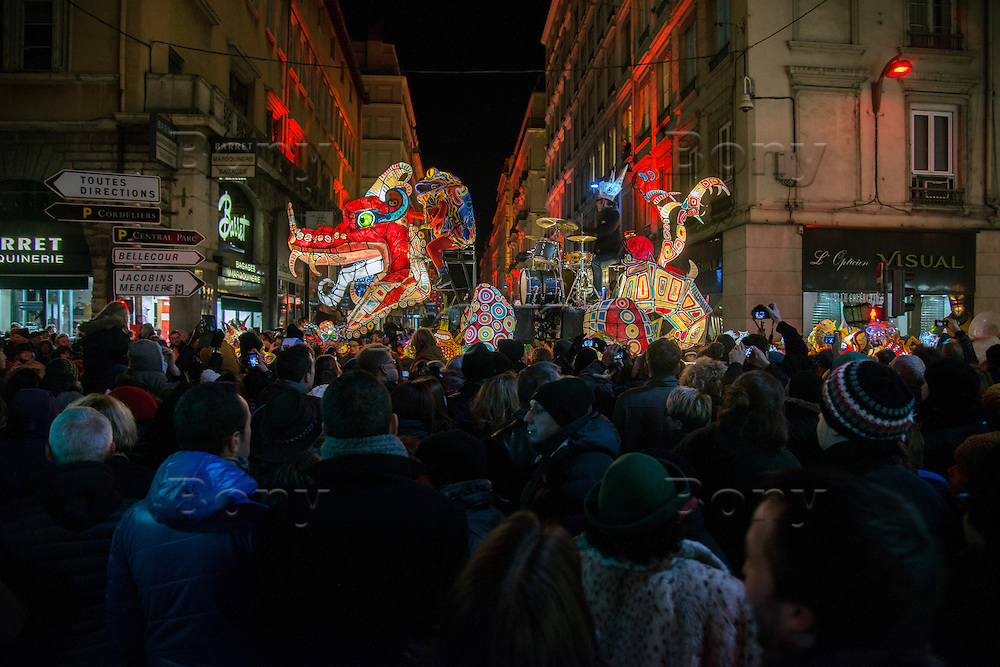