Sand dunes of Tadoussac.
The sand dunes at Tadoussac are part of the Saguenay National Park and are certainly one of the most beautiful places in the park. It is a memory of the passage of the glacier that created the Saguenay Fjord tens of thousands of years ago. As it descended to the river, the glacier transported sediments, pebbles, earth and sand. The wind has taken away light materials, but the sand has accumulated over the centuries, creating beautiful golden hills. In the 40s, a unique sport in the world was born: sand skiing. This sport was developing until the 1980s. Sand skiing competitions became popular and attracted audiences from around the world. Tadoussac is a village in Quebec, at the confluence of the Saguenay and Saint Lawrence rivers. The indigenous Innu called the place Totouskak meaning "bosom", probably in reference to the two round and sandy hills located on the west side of the village.  According to other interpretations, it could also mean "place of lobsters", or "place where the ice is broken".  Although located in Innu territory, the post was also frequented by the Mi'kmaq people in the second half of the 16th century, who called it Gtatosag ("among the rocks").  Tadoussac was first visited by Europeans in 1535 and was established in 1599 when the first trading post in Canada was formed there. Jacques Cartier came to the site in 1535 during his second voyage.  He found Innu people using it as a base for hunting seal. Later that same century, Basques from Spain conducted whaling expeditions on the river.  Tadoussac was founded in 1599 by François Grave Du Pont, a merchant, and Pierre de Chauvin de Tonnetuit, a captain of the French Royal Navy, when they acquired a fur trade monopoly from King Henry IV. Tadoussac remained the only seaport on the St. Lawrence River for 30 years. Historians believe the St. Lawrence Iroquoians, who inhabited the St. Lawrence valley upriver to the west, were defeated and pushed 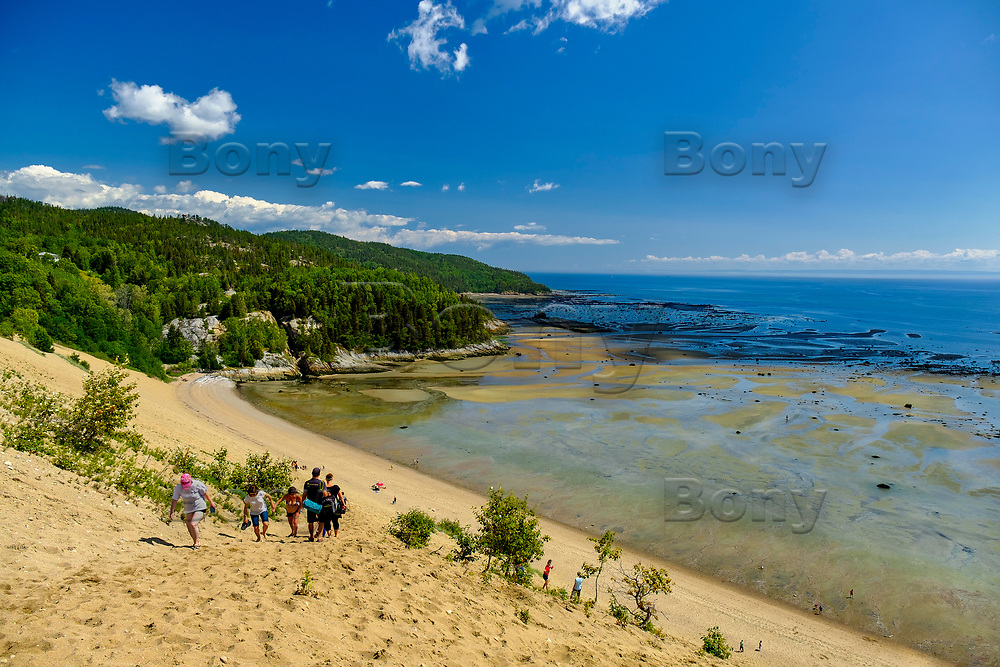