ROME, ITALY - JUNE 03: Illustration of Rome; Italy on June 03, 2012..Piazza di Spagna,the Spanish Steps and the church of the Santissima Trinità dei Monti.In the Piazza di Spagna at the base is the Early Baroque fountain called Fontana della Barcaccia ("Fountain of the Old Boat"), built in 1627-29 and often credited to Pietro Bernini, father of a more famous son, Gian Lorenzo Bernini. According to an unlikely legend, Pope Urban VIII had the fountain installed after he had been impressed by a boat brought here by a flood of the Tiber river..In the piazza, at the corner on the right as one begins to climb the steps, is the house where English poet John Keats lived and died in 1821. On the same right side stands the 15th century former cardinal Lorenzo Cybo de Mari's palace. 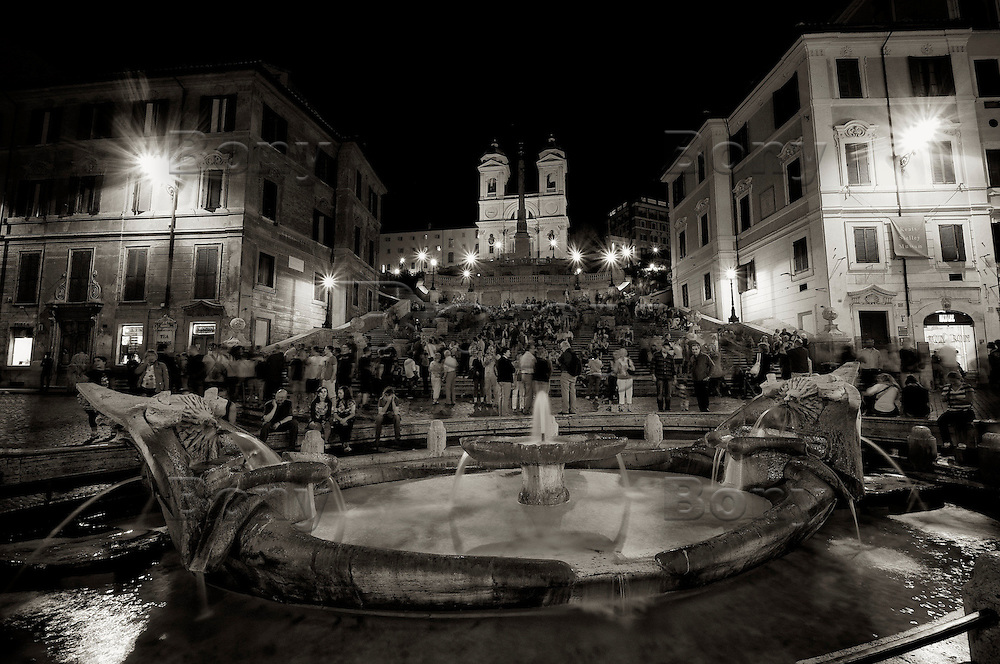