Mural: an open-air museum
Created in 2013, the Mural Festival has become, over the years, one of Montreal's most appreciated festivals.
Several mural painters from many countries participate in this festival which attract more and more artists but also visitors.
The most impressive are around the Boulevard Saint-Laurent, on the Plateau Mont-Royal and in the Portuguese district, now invaded by the French.
Originally called Ville-Marie by European settlers, Montreal is the most populous municipality in the Canadian province of Quebec and the second-most populous municipality in Canada.
It is named after Mount Royal, the triple-peaked hill in the heart of the city.
In the Mohawk language, the island is called Tiohtià:ke Tsi.
It is a name referring to the Lachine Rapids.It means "a place where nations and rivers unite and divide".
In the Ojibwe language, the land is called Mooniyaang which means "the first stopping place" and is part of the seven fires prophecy.
Named a UNESCO City of Design in 2006. 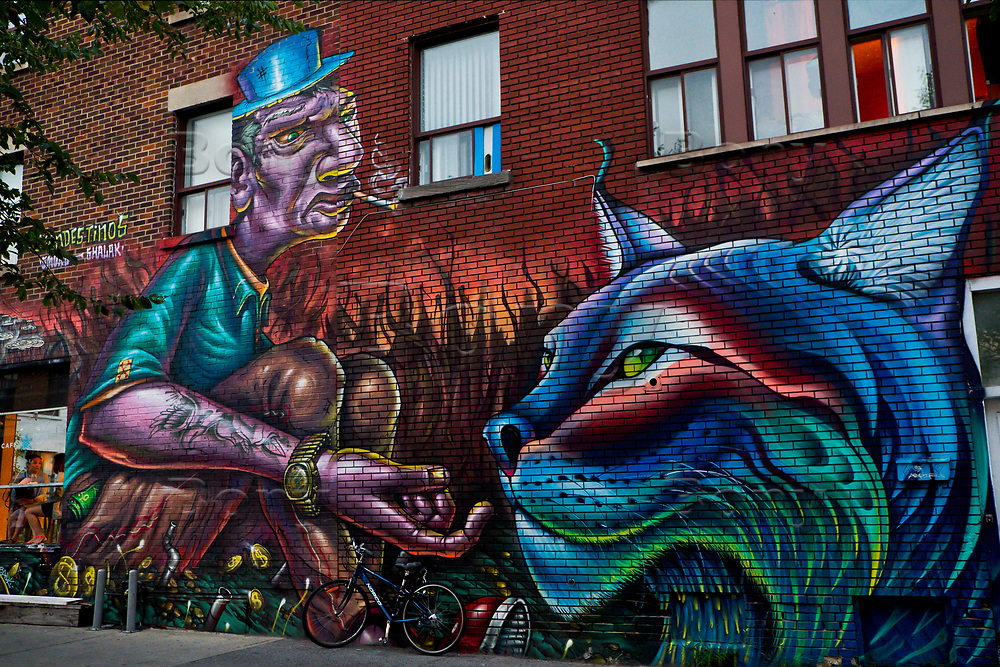