ROME, ITALY - JUNE 03: Illustration of Rome; Italy on June 03, 2012.St. Peter's Square - Piazza San Pietro - Vatican..The open space which lies before the basilica was redesigned by Gian Lorenzo Bernini from 1656 to 1667, under the direction of Pope Alexander VII, as an appropriate forecourt, designed "so that the greatest number of people could see the Pope give his blessing, either from the middle of the façade of the church or from a window in the Vatican Palace".?Before the construction of the present basilica, the western part of the square was occupied by a large peristyle which gave access to the old building was built by Emperor Constantine.?In the origins, the square used to be the place where Nerone Circus and Gardens where located, and where many Christians, including Saint Peter, suffered from martyrdom.?In 1936 the architects M. Piacentini and A. Spaccarelli started the construction of via della Conciliazione in order to grant to the square a symmetric and monumental entrance; but this caused the destruction of the old Medieval village and of its typical narrow streets, a choice that aroused bitter controversy. 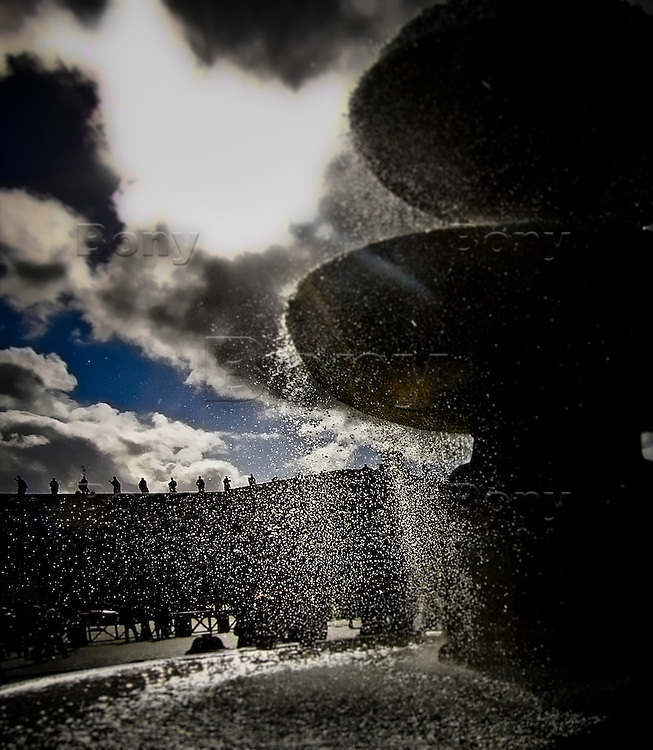