Notre-Dame Basilica
Unusual for a church, the stained glass windows along the walls of the sanctuary do not depict biblical scenes, but rather scenes from the religious history of Montreal
Originally called Ville-Marie by European settlers, Montreal is the most populous municipality in the Canadian province of Quebec and the second-most populous municipality in Canada.
It is named after Mount Royal, the triple-peaked hill in the heart of the city.
In the Mohawk language, the island is called Tiohtià:ke Tsi.
It is a name referring to the Lachine Rapids.It means "a place where nations and rivers unite and divide".
In the Ojibwe language, the land is called Mooniyaang which means "the first stopping place" and is part of the seven fires prophecy.
Named a UNESCO City of Design in 2006. 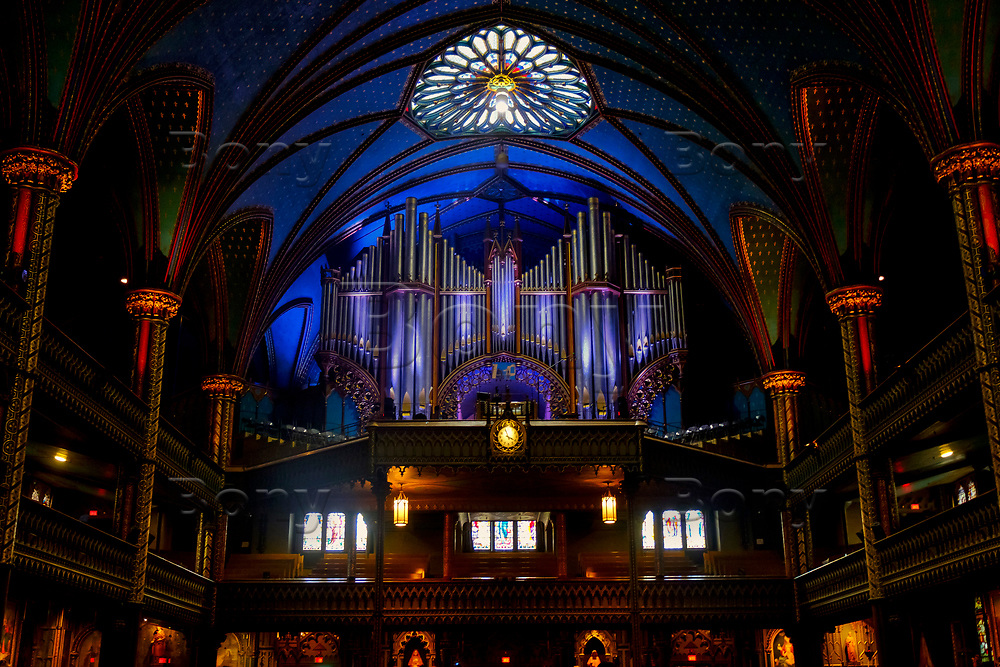